Notes from the road – India

India comprises around 19% of the portfolio, but we’re interested in more than its large market.

In mid-February, before the severity of the Covid-19 coronavirus outbreak became clear, we had the opportunity to travel to India, spending time in Mumbai and Bangalore. India has always been an important source of ideas for the strategy. Today it comprises around 19% of the portfolio, the most of any single country. India’s demographics make it hard to ignore, with a burgeoning population north of 1.3 billion people. However, it is more than simply a large market that attracts our interest as long-term-orientated investors. Private sector India exhibits generally high levels of corporate governance, probably helped by a high degree of family ownership, and the rule of law tends to be stronger than in much of the developing world.

Entrepreneurship is everywhere you look in its bustling metropolises, from the myriad street vendors and informal rows of retail outlets to the legions of tuk-tuk drivers waiting to ferry you to your next port of call. Commerce runs deep in its history and one can forget that India accounted for close to a quarter of global GDP in the early 18th century, before the decline of the Mughal empire. Centred on the textile looms of Bengal, India was a hub for global trade, which is part of what made it so attractive to European colonists. By the time of independence from British rule in 1947, India’s share of GDP had dropped to just 3–4%. Today, that has grown to a 7–8% share but with 18% of the global population one could argue that India should still see significant progress in the decades ahead to address the imbalance, although that growth is unlikely to be linear.

This was indeed an interesting time to visit companies and speak to management teams. Although the wider world has abruptly slowed down in recent weeks, India has been encountering its own slowdown over the past two years. Its financial industry has been rocked by a liquidity crisis sparked by defaults in the shadow banking sector, largely linked to slowing real estate demand. The effects of this are still being seen today. Yes Bank, India’s fourth-largest privately owned bank, has recently succumbed to an inevitable restructuring, with the State Bank of India organising a bailout of the overstretched and over-exuberant lender. In an industry where the worst loans are made in the best of times, and the best loans are made in the worst of times, it was Yes Bank’s unwillingness to say ‘No’ at a time of exuberance that led to its downfall. 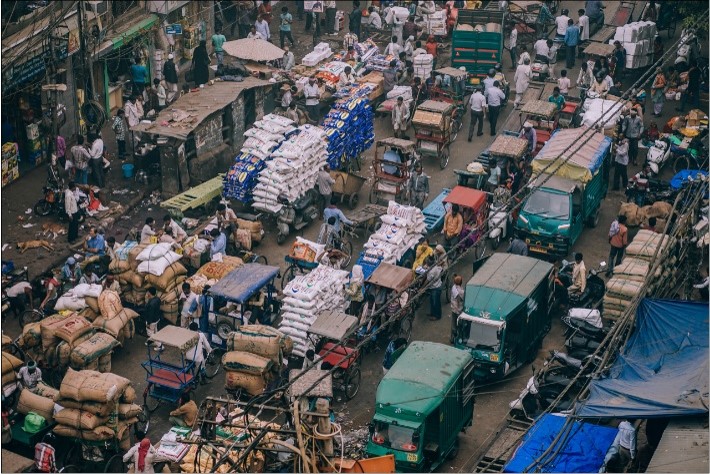 Casual labour opportunities in real estate and infrastructure have also dried up significantly, coinciding with weaker agricultural activity, which has had a detrimental impact on the two-thirds of India’s population who live outside the cities. Indeed, Hindustan Unilever told us that rural growth in the fast-moving consumer goods market is now running at just half the rate of urban markets. An unusual situation that they see continuing for the foreseeable future. This poor rural demand environment was echoed by many of the consumer staples companies we met. All in, India’s GDP growth has slowed to the slowest pace in six years, rising 4.7% in the last quarter of 2019. For those companies built on access to easy credit and designed for high growth, these are troubling times.

Building on many previous trips and our prior history of investing in India, the companies we had lined up to see are better placed than most to navigate the slowing environment. Equally, we believe that they should be able to take advantage of weakened competitors when stronger economic growth resumes. In Mumbai, meetings with HDFC Corp Ltd and Kotak Mahindra Bank brought to light the importance of stewardship and building and maintaining a lending culture based on prudence. This is particularly the case in financial companies which, by their nature, are highly geared.

The past two years have been an important litmus test to measure the quality of business models in this sector. Both institutions have so far come through India’s banking crisis in good shape, avoiding meaningful exposure to troubled borrowers. They have also benefited on the funding side by being among the select few issuers favoured in the broader flight to safety by debt purchasers, meaning liquidity is not an issue. The management team at Kotak reminded us that the impressive headquarters building we met them in came into their possession as a result of shrewd opportunism during the last financial downturn, with Kotak buying the building from a distressed seller at a considerable discount to market value. A strong balance sheet gives the chance to capitalise in downturns when competitors are disadvantaged and is a common factor evidenced throughout our portfolio today. We retain a large position in HDFC Corp Ltd, while Kotak is a company we have long admired and we continue to wait for a more opportune valuation point.

The tortoise and the hare

In Bangalore, we had the chance to meet the country’s leading beer producer, United Breweries, and gained an insight into the potential for change there under new ownership. The company had previously been under the control of Vijay Mallya, who also founded the ill-fated Kingfisher Airlines, which amassed large debts before its collapse in 2012. With a consortium of banks taking over the exiled Mallya’s pledged shares, Heineken has steadily increased its stake as shares have become available.

Today Heineken, one of the largest positions in the portfolio, owns 46.5% of India’s largest brewer. The potential for United Breweries is clear – it has more than 50% of India’s beer sales, an underused pan-Indian production footprint and a good balance sheet with little debt. However, even in the headquarters’ lobby its turbulent past looms large. Affixed to a wall was a notice issued by the authorities for the debt and penalties outstanding by its former promoter, and overhead a large model of a Kingfisher plane hung ominously from the vaulted ceiling. One would hope if (or when) Heineken can reach a controlling 51% stake, more sweeping change will occur. The Heineken family’s more conservative attitude to debt contrasts significantly with Vijay Mallya, the self-declared ‘King of the Good Times’. In an industry with relatively predictable cash flows such as brewing, capital allocation skills and financial prudence can be the difference between success and failure.

The challenges of a demographic dividend

Another area of interest on our trip was healthcare. India has ambitious plans to open up access to medical treatment for more of its population and has implemented policies to allow its poorest 500 million inhabitants free access to hospital care. Although the government’s new health insurance scheme is still in its early innings, one of the areas that has seen strong growth in the past few years is laboratory-based diagnostics. In India private companies provide health diagnostic services to patients, typically setting up collection centres outside busy hospitals. Having recently conducted research on one of the leading listed chains, we were interested to meet some of their independent competitors to better understand the industry dynamics.

We also travelled to see some of the pharmaceutical manufacturers, including Cipla, which is held in the portfolio. Cipla, which was incorporated in 1935, continues to benefit from its strong focus on the domestic market, making it less dependent than many of its peers on the pressured US generic medicines market.

Cipla has developed expertise in respiratory medicines and following our visit has announced successful completion of phase-three clinical studies for its generic version of GSK’s blockbuster asthma drug Advair Diskus. Cipla is one of a relatively small group of generic manufactures with this expertise and should make decent returns from its version of the product. 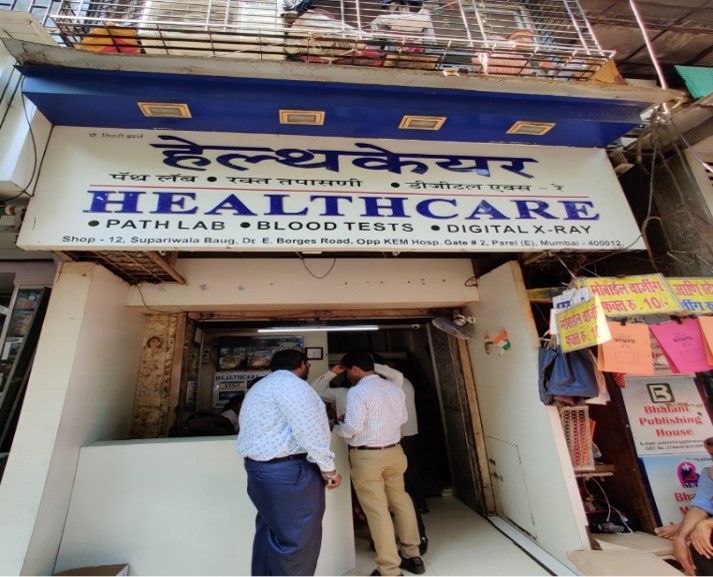 Travelling around India, one cannot help but notice the toll on the local environment from decades of economic activity. It was interesting therefore to see a number of companies proactively implementing positive changes in this respect. One company we met in Bangalore had designed its new headquarters in such a way as to negate the need for traditional air conditioning. The low-rise campus is built on a natural lake; evaporating water cools the air, which is then circulated through a series of aesthetically pleasing open corridors by large ceiling fans. Another company making significant progress is Grasim, a holding company of the Birla family and manufacturer of chemicals and textile fibres. We had been engaging over recent years with the company to provide more detail on its sustainability planning and so it was a good opportunity to speak to management about their progress. As outlined in their recently published sustainability report, Grasim is making the necessary investments to bring its viscose manufacturing processes in line with EU standards by 2022. This is a welcome step, and we are pleased to see that the new sustainability report is being backed up by concrete actions. 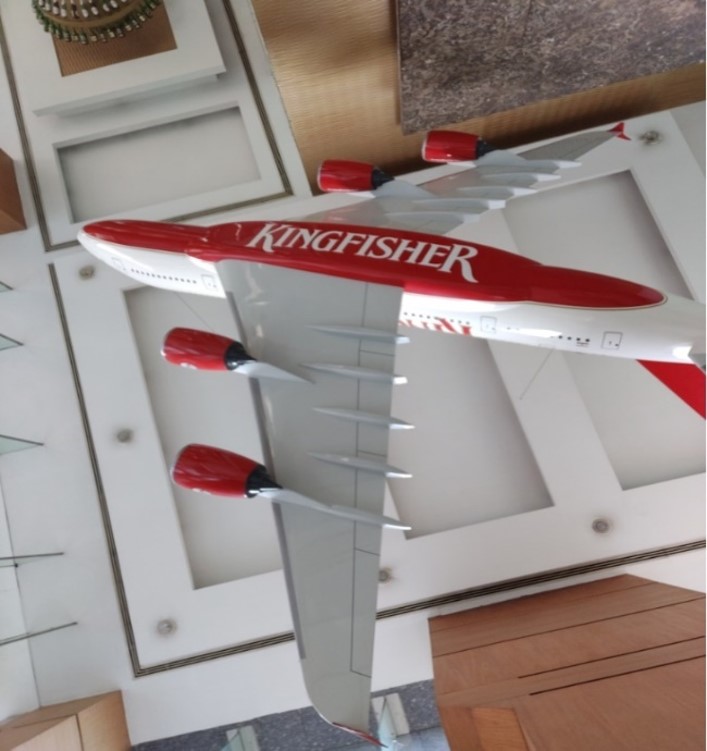 We believe the insights gleaned from travelling to meet the management teams of our watchlist and the portfolio’s holdings are a significant tool in our armoury, helping us identify businesses and cultures that can sustain into the future. We do not profess to having any particular edge in forecasting macroeconomic events such as currency movements or interest rate cycles, preferring instead to judge each investment on its own ‘bottom-up’ merits. The investment trip reiterated to us two key beliefs. First, that  a sensible risk-aware approach to allocating capital is essential for successful business over the long term. The judicious use of debt can be the difference between long-term investment success and failure. Second, that there are many Indian businesses on our watchlist that, at the right price, are of sufficient quality to be held in the portfolio.